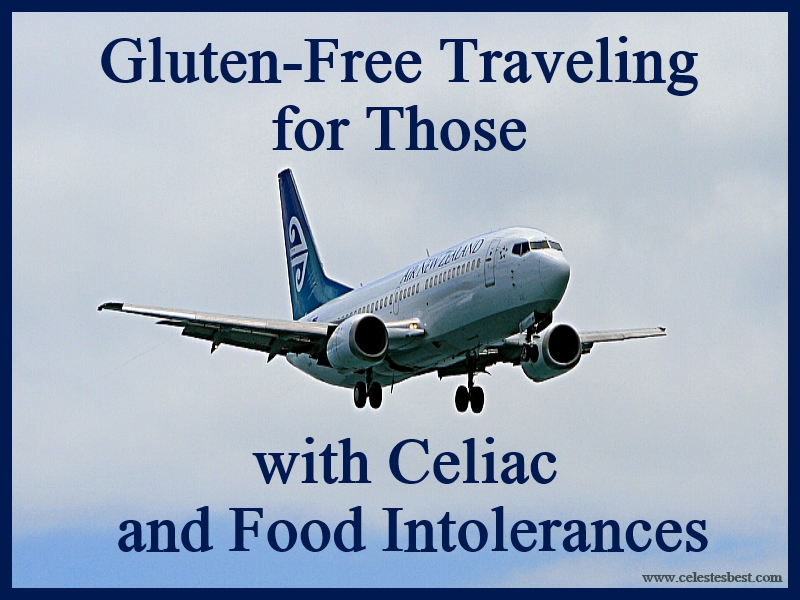 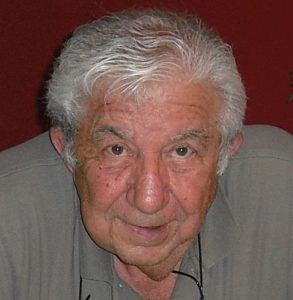 I was fortunate that I knew what to expect from the weeks my brother and sisters were there. Long days, with very little time to prepare food or eat. For most people, this is where fast food and restaurants come in handy. For someone like me with celiac and food intolerances, that wasn’t even a possibility.

I also knew that I needed to be extremely clear headed and thinking at the top of my game. That meant I couldn’t take even the slightest chance of ingesting gluten and winding up with brain fog, headaches, nausea, extreme fatigue or dizziness – my most common reactions.

I started thinking and realized I needed to take my meals with me. That made the most sense. I’d have almost no chance of getting glutenized, and it would also be so helpful and save me time once I arrived because the meals would already be prepared.

I originally bought a small hard cooler on wheels to pack my food because I thought that might keep the food the coldest, but I was concerned about not being able to lock it. Some people simply duck tape or strap their coolers closed with a belt.

So I decided to use a cooler bag on wheels I already had which is very similar to this one on Amazon. I also used these Instant Alert TSA Approved Luggage Locks, so that I would know if my cooler was opened at any time during airport security checks. 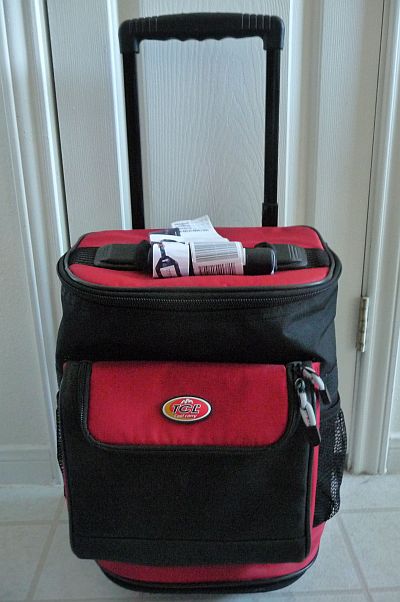 I had a note in my bag that read: 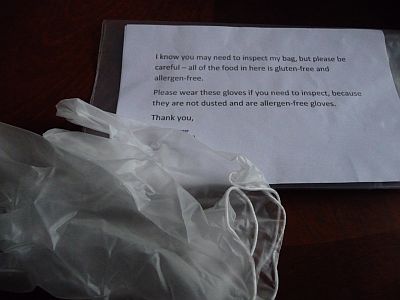 As soon as I knew I was going, I started saving any leftovers from our meals. So I had a couple things:

The leftovers I saved, I froze separately on a tray covered with parchment paper in the freezer. Then I placed the food in gallon sized ziplock bags. This way I could easily remove what I needed once there and cook it up.

Then I made the following very quickly all in one day: 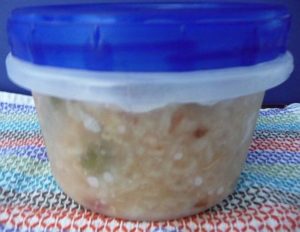 Traveling by plane these days you are no longer permitted to take gel packs or ice. So I scoured the web to see what others were doing and came up with a couple good ideas. One is to use frozen peas to keep your foods cold. Believe it or not, that worked really well. I packed as many bags as I could fit into my cooler.

I also decided to make some foods that when frozen would be like blocks of ice that would keep other foods cold. I made meatloaf (pg. 109) and chicken soup. (And the Chicken Soup for the Soul recipe pg. 59, was one the most comforting things one night when I came home from a very long day at the hospital.) The chicken soup I placed in a few small plastic containers (bpa free) throughout the bag to evenly cool the food.

One thing I didn’t plan on at all was my plane having a major delay. Sure, I planned on a short delay, but when it turned out my flight was now leaving three hours later than scheduled, I started to worry about my food staying cold in the cooler bag.

I also didn’t bring enough food with me to add while waiting. Just a few snacks (some fruit, slice of banana bread and pumpkin seeds) and lunch (chopped steak mixed with a little homemade mayonnaise (pg. 362) sandwiches). I got to the airport at around 9:00 and my flight that was supposed to take off at 11:00 didn’t take off till 3:00. It’s summertime and I didn’t think there would be a possibility of delays like this. Lesson 100% learned! Believe me, I’ll always be prepared for a delay now.

This is the bag I used as a purse/pocketbook for most of the trip. It’s a Coleman Cooler Tote I happened to find at Walmart, shortly before all this happened. So thankful I picked it up that day. 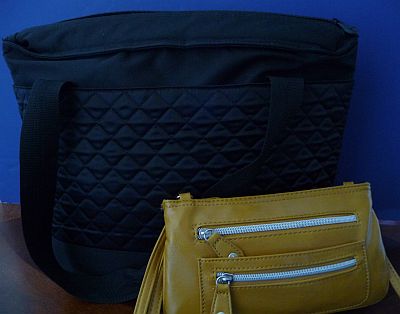 I carry a very small purse inside it, so it’s very convenient and it looks attractive and no one even knows I’m carrying a cooler bag. I almost didn’t take it with me, but wound up using it every day to take my food to the hospital. After the trip I liked the bag so much I picked it up the bag in the other two smaller sizes as well.

When I landed in FL, I still had an hour and a half ride to my parents house from the airport. I didn’t even open the cooler bag until I got there. I felt the sides of the bag and they still felt very cold. Honestly I thought all the food was a goner! I just hadn’t planned on such a long day and thought maybe I should have taken the hard cooler after all.

When I finally arrived at my parents house at 8:30 at night, nearly 12 hours since I first had packed my bag, I couldn’t believe it the food for the most part was all still frozen solid. Several bags of the peas were still frozen. (I never ate the peas, just used them again and again in the cooler tote bag I brought with me to the hospital to keep my lunch and snacks cold.) Two of the chicken cutlets had started to defrost, so I used them the next day, along with some salad I picked up there.

I stayed a week and had enough food to last me. One night there we had an extra minute and I picked up some salmon and made Baked Salmon (pg. 156) and boiled up some of Annie Chun’s Maifun rice noodles, then removed them and threw some fresh organic broccoli into the water and boiled that for a few minutes. A meal ready in under thirty minutes. The next day for lunch, I crumbled all the salmon into pieces and added some scallions, tomatoes, 1/4 cup olive oil and 2 tablespoons lemon juice and ate it cold.

I took Activated Charcoal and Soothe Digest every night as a safety precaution. Throughout the trip, I never got sick once. If you know me, that itself is nothing short of a miracle! So definitely, all the planning was worth it.

My dad has been nothing short of amazing through all this. The day before I arrived, he had been moved to an aggressive rehabilitation center and is making steady progress. He doesn’t give up and the whole family is in awe of his total determination and strength.

Although he is currently paralyzed on the left side of his body, his thinking throughout the stroke has not been affected, and oddly his mind is more acute than ever. An absolute blessing! With all he had going on and was going through on several occasions, he worried about me – “You doing okay, Celeste? How are you doing with your food? You getting enough to eat?” Wow, that blew me away!