Fooducate – Another Great App To Help You Say No To GMOs 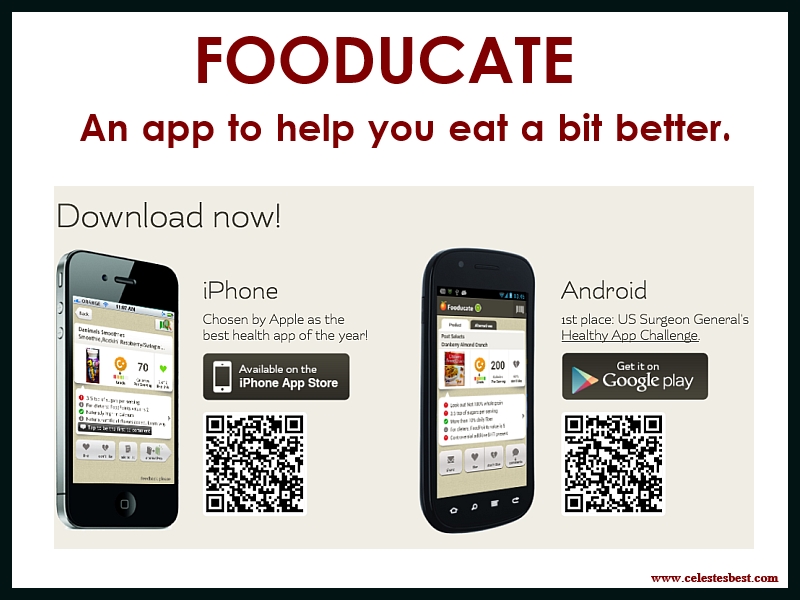 Recent studies have found that foods that contain GMOs can be doing harm to those with celiac causing leaky gut, suppressed indigestion and an increased allergen load. There’s also growing research pointing to a connection between GMOs and those with autism. Earlier this week, I wrote a blog post about a great new app called Buycott for smart phones that helps you to buy from companies that have no affiliation with Monsanto.

Another terrific app is Fooducate. I hadn’t heard of this smartphone app until Kristine, a reader on my Celeste’s Best facebook page, mentioned it. (Thanks, Kristine!) 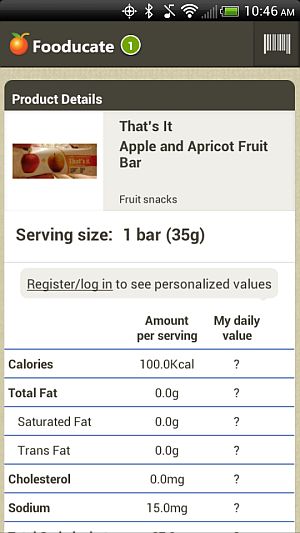 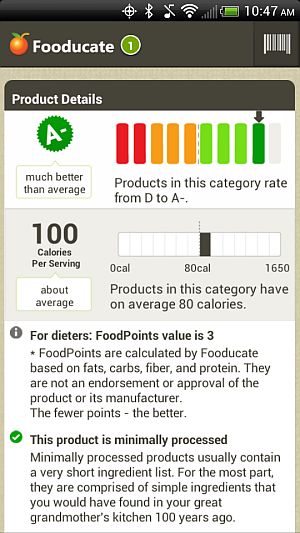 Fooducate was founded by Hemi Weingarten. When his children were young, he had bought them some glow-in-the-dark yogurt in the grocery store. He was curious how they made the bright pink color and read the ingredient list, something he really hadn’t paid much attention to up until then. He was shocked to find the yogurt contained red dye #40 – a synthetic dye, with potential links to hyperactivity and cancer. A dye banned in Europe, where they use beet juice instead.

Fooducate started out as a blog to help Weingarten as well as other parents to be more aware of the food we buy for our families. Then he put together a team and built the mobile scanning Fooducate app. His goal in creating the Fooducate app was to help millions of people choose healthy, tasty and affordable food and by doing so affect positive changes on the food industry.

How to Use Fooducate to Avoid GMOs

At first when I downloaded the app and began using it, I couldn’t understand how this had to do with avoiding GMOS. When you begin using the app, you go through several steps to load in your information for the program. When I got to Step 5, I saw the feature that allows you to be alerted to foods that may contain GMOs. 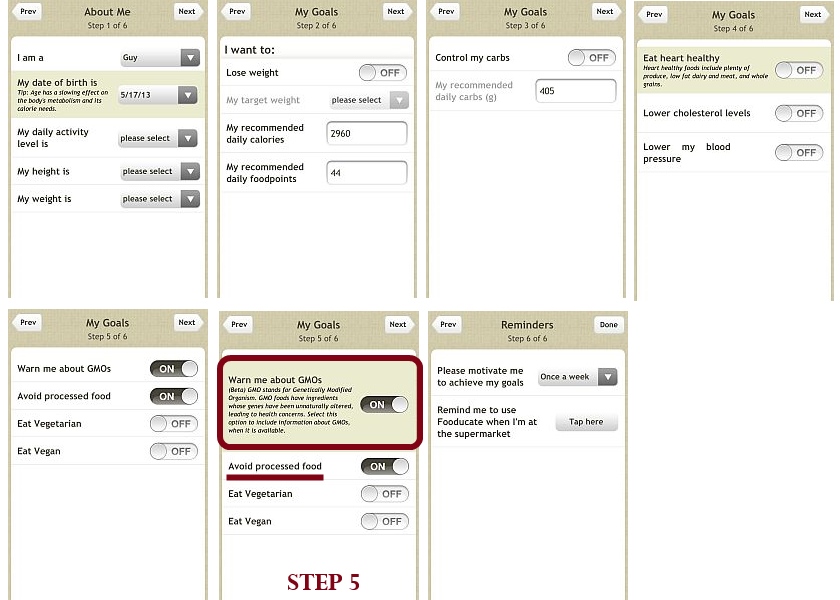 How to Use the Fooducate App to Help You Avoid GMOs

When you scan products with your smartphone, Fooducate gives each product a grade based on several factors which they work into an algorithm. Each product is automatically graded (A-, B+, C, etc…) by this algorithm based on its nutrition facts and ingredient list.

In that regard, artificial colors and sweeteners detract from a product score while the use of whole foods adds points. This analysis is based on the information that appears on a product’s package including the nutrition facts panel and the ingredient list only and they do not receive any additional input from manufacturers.

The Fooducate product database is updated by users of the app. If a product isn’t listed in the database, the user is asked to take three pictures to help expand the database: the front of the package, the nutrition label, and the ingredient list. Through these thousands of submissions they receive every day, new products are added to their system.