Celiacs And A Gluten-Free Hospital Stay 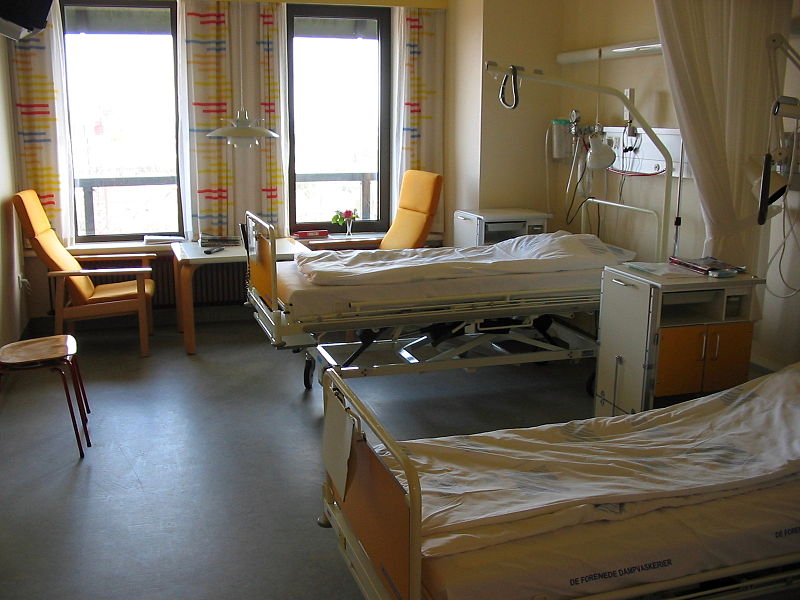 Thanksgiving Day was a little bit different for us this year. My husband woke up, put the turkey in the oven, and then told us he wasn’t feeling well and thought it might be his heart. He has an arrhythmia – an irregular heart beat. During an episode when his heart beat becomes irregular, it can beat 54 beats one second, then 128, then 72, then who knows.

Normally your rate stays a pretty consistent number. A few years ago when my husband was overweight, he had undiagnosed sleep apnea and the cardiologist believed that stress stretched the muscles around his heart causing his arrhythmia.

We’ve had a bout or two where my husband’s arrhythmia would get out of whack and we’d head over to the ER, and in a matter of hours all was well again. Not this time. They wanted to keep my husband overnight and run some tests.

Being a Celiac without Any Gluten-Free Food Choices

When they finally moved us to a hospital room, it was nearly 1:00  in the afternoon and we were both at this point pretty near starving. So I took a look at the hospital menu. It clearly stated there were gluten-free options available. How great is that! So I called to order him something and quickly realized after only a few questions that the person on the other end of the phone wasn’t too familiar with any gf options. So I simply said, “just send up the roasted turkey without anything else.” I thought this could just hold my husband over and give me a few minutes to run home and bring back some real food. 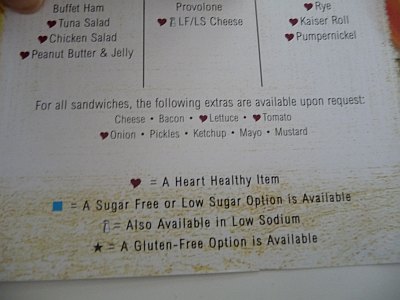 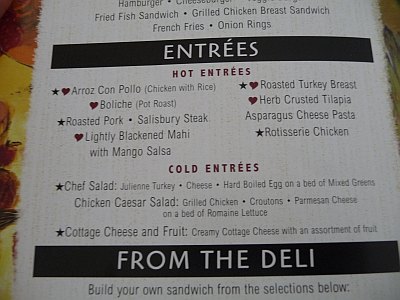 Thankfully my daughter was at home and had finished cooking the turkey, along with the stuffing and green beans. I also had prepared some sweet potato pie which my husband made sure I would be returning with, and headed back to the hospital. When I got there, his food tray had arrived.

My mind was in other places or I would have taken a photo. It was almost like I had never put in a special request for the food. Nope, not the gluten-free meal I requested and questioned them about, but instead – turkey with gravy, mashed potatoes with gravy, green beans and a piece of pie. Poor, starving husband of mine had to look at and smell that until I got there with our safe, gluten-free meal.

Being Prepared for a Hospital Stay

My husband is now home and is doing very well. But all this made me realize I need to be more prepared.

Here are a couple of things I thought of: 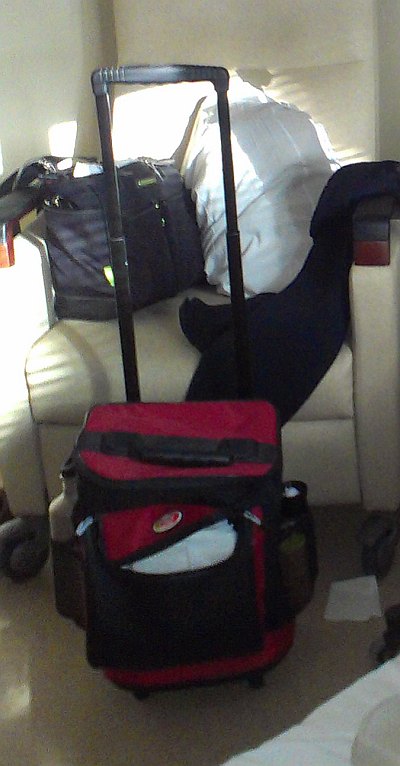 Cooler on Wheels in Hospital Room

I know many celiac sites recommend if you have a planned stay in the hospital to set it up and make sure ahead of time to inform the hospital ahead of time to be sure you’ll have gluten-free meals prepared for you. I disagree, and think if at all possible that this is definitely one time you want to have your own food that you know for certain is gluten-free. Most hospitals allow you to bring your own food. (Although I understand this might not be an option for single people without family or friends to help out.) A big plus to bringing your own food is that maintaining a gluten-free diet will help you have a speedier recovery because your immune system won’t also be dealing with a reaction to gluten.

Hospital Preparation for Those Who Follow a Gluten-Free Diet

I recently found the Live2B Gluten Free with Gusto site and it had several great suggestions regarding staying in the hospital for those of us following a gluten-free diet. They also had several planning sheets you can take with you to the hospital which might be helpful.

I have to say though that every time when they were taking my husband’s medical history and I mentioned to someone on staff about my husband and celiac I got the same response, a slightly confused look, followed by a one word response, “Oh.” In this day and age, I have to say that really surprised me.