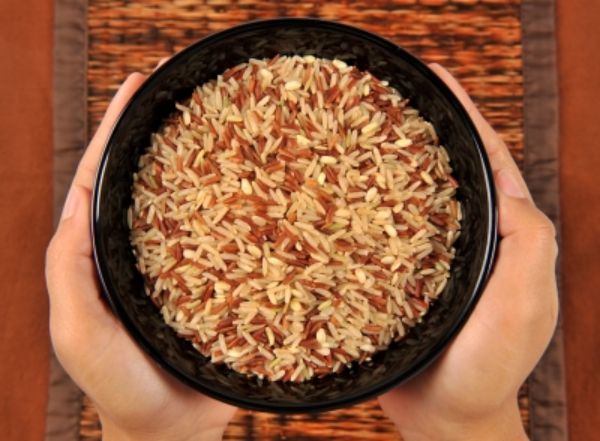 A gluten-free diet can be challenging at times all on it’s own. But lately, it seems every other day there’s something horrible we’re finding out about some of the foods we are able to eat on a gluten-free diet. The GMO’s in corn and soy. Then we’re warned to be careful about quinoa because it may have been carried in bags once used for barley or oats during harvesting. Watch out for strawberries – if there was a chance of frost and they were grown on an organic farm, they might have been covered with wheat straw. Already being on a limited diet and then adding more things to avoid can be almost maddening at times. 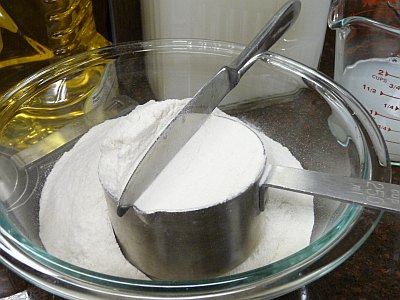 When I created my flour mix, I went to great lengths to create a mix that was safe as well as beneficial for most people to eat. I used the Eat Right for Your Blood Type database to pick flours for the mix that all could eat. I carefully chose flours that people seemed to have the least reaction to for the most part.

Rice to me was a safe food. A food that had been consumed for years. And I listened to all the nutritionists who claimed that brown rice was better for you and included that into the mix.

Arsenic in Rice and the Gluten-Free Diet

But now that the dust has settled after the move, I’m checking into this further and there is some reason to be concerned about the arsenic in rice no matter where it’s grown. So we as a family have begun to make some changes.

To find out more about arsenic, read my post – What is Arsenic and What is It Doing in My Gluten-Free Rice?

Brown rice has been found to have higher levels of arsenic. The arsenic concentrates in the outer layers of a grain and polishing rice to produce white rice removes those surface layers – the bran and the husk, which somewhat reduces the total arsenic and inorganic arsenic in the grain.

Limiting Rice in Your Diet

This research into rice made me realize there was actually a large amount of rice in my diet. Rice protein each day in my morning shake, rice milk, rice in my flour mix, brown rice in my pasta and rice as a side dish.

So now I don’t use rice protein in my shake and only use chia seed. I now make my milk out of a combination of white rice flour and sweet rice flour.

We’re not using any brown rice pastas anymore. We’re only using the white pasta from Tinkyada.

We use organic white rice flour. I am not a fan of brown rice because it contains phytic acid. See link for more information

* Something to note: After cooking any rice pasta, I have always rinsed the pasta to remove any extra starch. Rinsing rice and rice pastas after cooking further reduces the arsenic levels in it.

So my main goal is really to eliminate all the brown rice from our diet completely until they rectify this and grow the rice in a controlled situation with filtered, clean water. It can be done. Rice actually does not need to be flooded to grow, just kept wet.

Mighty Rice is one company that is doing that now. And they’re ArsenicSAFE Certified.

My husband has never been a fan of brown rice, so he’s pretty happy right now. He loves the new white rice flour mix and he’s even more delighted that he won’t have to endure brown rice as a side dish anymore.

Have any of you decided to change your diet based on this latest research? Leave a comment below and tell us how.