Apps To Help You Stop Buying GMOs And Anything From Monsanto 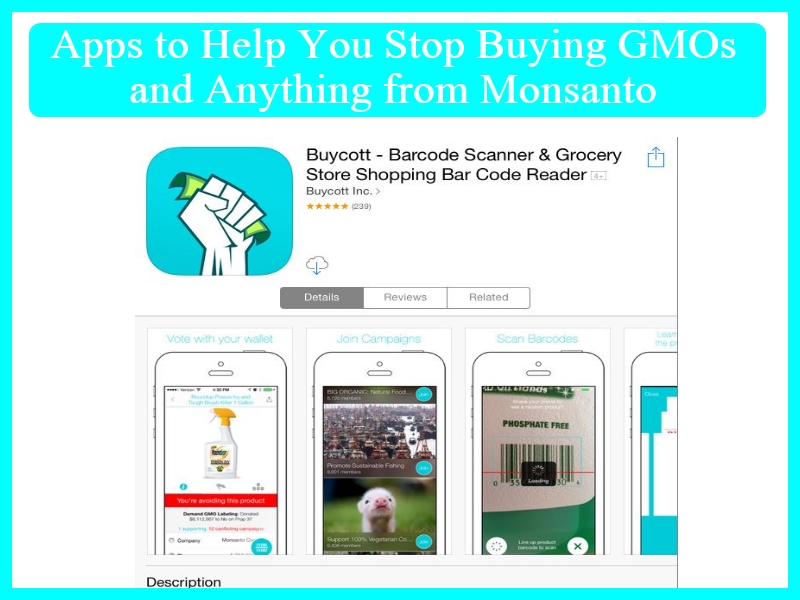 I posted this on my facebook page, but some of you might have missed it. I recently became aware of some terrific apps for helping conscientious shoppers make smarter choices when food shopping. Every dollar you spend might potentially have the power to support a company. Wouldn’t you like to know that your dollars are supporting companies you support? Using our voting dollars are the best way to make ourselves heard.

The Buycott app just went viral. Not only did the app have to be temporarily taken down, but then the heavy internet traffic even crashed the Buycott website.

That’s incredibly good news. Phenomenally good news! Why? It tells you how many people are interested in knowing what’s actually in their food. It actually give me chills right now to know so many people (at the time of this writing, an incredible 100 downloads a minute!! Freaking Amazing!!) are working toward eating healthier, real foods and removing all these unnatural GMOs from our food supplies. 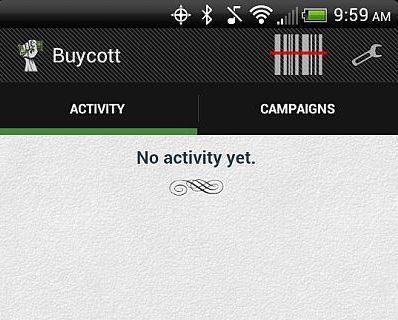 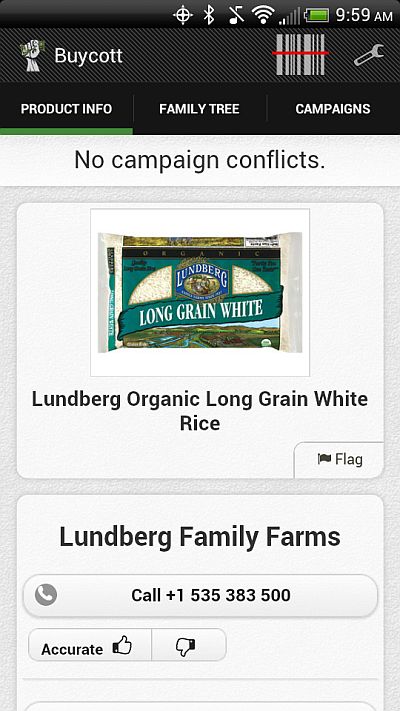 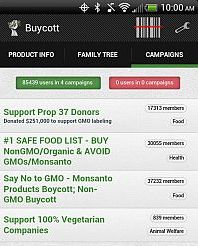 View any boycott campaigns for the product.

Green campaigns are positive campaigns that may involve the company.

What is the Buycott App?

Buycott began as a social conscientious app. Buycott helps users when they scan the barcodes of products and then the app traces back to the top parent company. The app also cross-checks the parent companies against social advocacy campaigns. Using this information, consumers could easily tell if this was a company they wanted to do business with or one that was engaging in cruelty to animals or other negative behaviors.

Buycott Users Found Another Use for the App

The Buycott app wound up having far greater possibilities for those of us who chose not to support companies who produce GMOs and pesticides. App users started looking to boycott Monsanto. They began checking company affiliations, and started spreading the word about this app and traffic grew. The Buycott app lets you buy foods with the peace of mind knowing you are in no way supporting Monsanto or any of their many, many subsidiary companies. 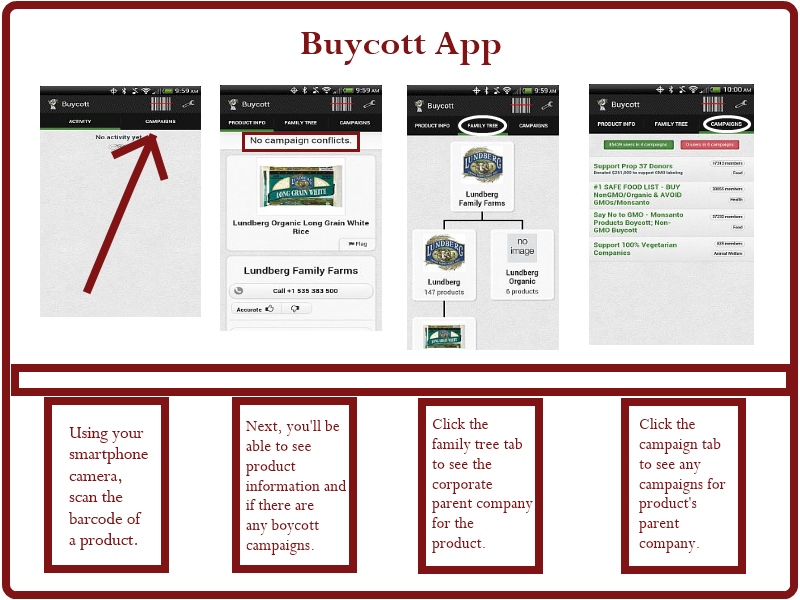 How to use the Buycott app.

The app has some terrific possibilities. It helps consumers make educated buying decisions. It also puts some power back into the consumer’s hands and levels the playing field a bit. An app like this may lead to more corporate accountability, as corporations will have to work harder to maintain a positive image in the consumer’s eye. The app also allows consumers to more easily support those companies who are in favor of GMO labeling. Actually, the more I think about this, the ramifications of apps like this are huge. It gives the consumer (all of us!!) back some power that will effect decisions down the road.

The App Still Has Some Kinks to Work Out

There are some imperfections with the app, but it always takes some time and usage for these kinks to be worked out. Manufacturers are constantly changing, so the app will need to be updated regularly. It also will probably not be able to list every product available for purchase.

Watch a video about how to use the Buycott app:

Later this week, I’ll be posting another terrific app one of my followers on Facebook told me about that lets you know if any of the foods you buy contain GMOs.