What Do GMO Foods Have To Do With An Intolerance To Gluten And Other Food Intolerances? 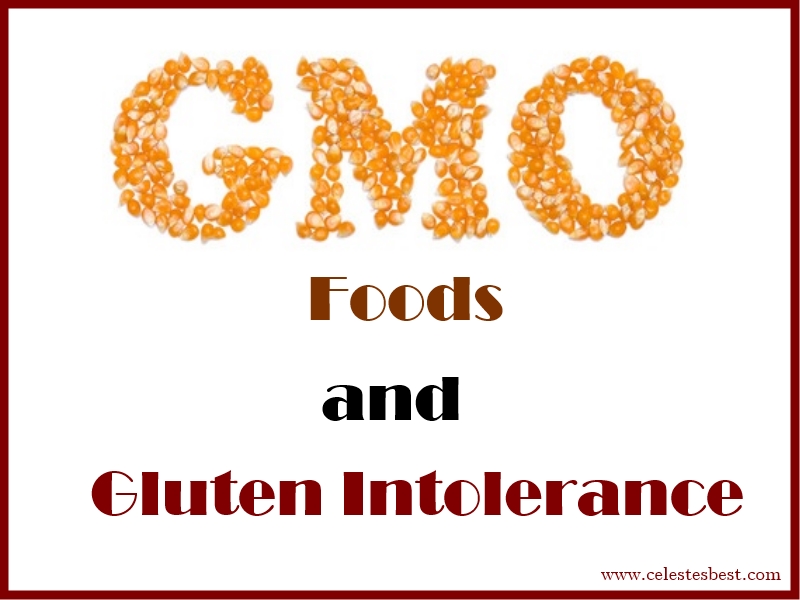 I don't think there could ever be a more important movie to watch than Genetic Roulette. Genetically Modified Foods are taking over all our major crops at an alarming rate. We can no longer just read the statistics below and go on with our lives. 1 in 133 have celiac disease. As many as 30 million of us have a food intolerance and 16 million have food allergies. Why?

And the big question is what does this have to do with those of us who have an intolerance to gluten, food allergies and food sensitivities?

As you watch Genetic Roulette pay especially close attention about 4 minutes into the video. Arden Anderson, PhD, DO, MPH - author of Real Medicine, Real Health makes an important correlation.
Dr. Anderson explains that genetically modifying foods changes the signature of the gene sequence for that food. It becomes something foreign - something that doesn't exist in nature. Our immune system looks at it as foreign, too, and attacks that genetically modified food creating an inflammatory reaction.
An inflammatory reaction? Does that sound familiar to any of us with a celiac, food intolerances, sensitivities and allergies?
Anti-nutrients of soybeans that are genetically engineered have as much as seven times higher the amount of a known allergen cold trypsin inhibitor when compared to non-GM soy, in their cooked state.
There is a new allergen in genetically modified corn. There is a new anti-nutrient in the [GM] soy which blocks the absorption of nutrients.
They don’t look for these things. These are found after they’re on the market by some few of the independent researchers that are doing their work.”
Most of the wheat we are eating is wheat that has been hybridized (selecting desirable and inheritable characteristics that are either dominant or recessive genetic traits of the wheat) to produce wheat with much more gluten than it originally contained.
And I have to say I'm not surprised the United States has the largest amount of GM acres planted. The US government repeatedly ignored warnings by its own scientists and allowed untested GM crops into our environment and food supplies.
We've been slow (just about asleep while all this happened) to realize what's been going on and Monsanto, the company producing the genetically modified seed, has continually had ties to the government. Not just funding ties, they've continually had their hands in every administration making sure we never created laws to stop them from producing any more GMOs.

"Agricultural biotechnology will find a supporter occupying the White House next year, regardless of which candidate win the election in November"
- Monsanto Inhouse Newsletter, 2000

Anne Veneman, The Secretary of Agriculture, was on the Board of Directors of Monsanto's Calgene Corporation. (This one just sickens me.)

Donald Rumsfeld, The Secretary of Defense, was on the Board of Directors of Monsanto's Searle pharmaceuticals.

Tommy Thompson, The Secretary of Health, received $50,000 in donations from Monsanto during his winning campaign for Wisconsin's governor.

Before being a Supreme Court Justice Clarence Thomas was Monsanto's lawyer.

GMO Crops in the European Union:

But let's look at the European Union - believe it or not only two biotech crops are grown, a small amount of its feed corn and a few hundred acres of potatoes. The fear of these unnatural crops has prevented what has occurred in the US.
The US and Canada do not have labeling of GMO foods. But several countries around the world support a consumer's right to know by requiring some sort of labeling for genetically modified foods. And here it the latest map showing Genetically Engineered Food Labeling Laws around the globe.

What Companies Don't Want You to Know There Are GMOs in Your Food?

And a real eye opener is which companies (some supposedly organic companies, too) are fighting the GMO label. Companies you thought maybe you could trust like Horizon, Silk, Kashi, Cascadian Farm, and R.W. Knudsen Family to name a few.

What Companies Should We Be Cheering For Who Support GMO Labeling?

How Can You Be Sure You're Not Eating GMO Foods?

We can stop this dead in it's tracks. Click here to learn more about how to take action to stop GMOs. It's time we all woke up and started eating natural, real foods again and started living healthier, happier lives. It's possible. We've just got to stop believing the incredible lies they've tried to force feed us all these years.
I've been hearing about all these people starting to save heirloom seeds. They call them "survival seeds". I don't think they're so crazy anymore.