"THIS IS AUTISM" Documentary On Discovery Fit & Health 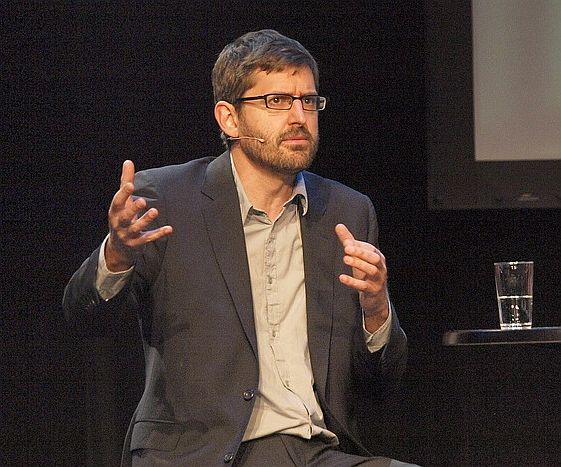 Theroux travels to the Development Learning Center (DLC) in Warren, New Jersey, one of the most innovative autism schools of its kind, to meet the students and their families and experience the pleasures and the strains of these extraordinary relationships.
THIS IS AUTISM centers around the everyday lives of three families with children on different levels of the autistic spectrum.
Marcelo and Lucy, autistic 7 year old twins, who's parents are struggling to find moments of enjoyment and feel as though they’ve been stuck in the “terrible twos” stage of parenting for years.
Joey, whose mother and father are finding it increasingly more challenging to cope with some of the aspects of their son’s behavior. He is on the severe side of the autistic spectrum. He has many violent episodes and uncontrollable tantrums. His mother admits at times it’s hard to control his behavior.
And Nicky, who is 19, progressing well and considered a high functioning autistic. He attends DLC in Warren, but was just preparing to transition to a more mainstream school. According to his mother, Nicky appeared normal at birth, but at 18 months, he regressed completely and began showing signs of autism.

The Thinking Moms' Revolution "This is Autism" Video

This is the testimony submitted by one of the co-authors of The Thinking Moms' Revolution: Autism Beyond the Spectrum to the Committee on Oversight and Government Reform for the public record.  This is what members of Congress need to see. Our children are sick and suffering. It was important to make it clear that merely reading about autism wasn't enough, Congress needed to actually see the children who have been affected by autism. You can read more about this on the Thinking Moms' Revolution site.

Theroux's documentary also made me aware that there are some amazing schools specifically for those with autism. The program focused on a school in New Jersey the Developmental Learning Center in Warren, NJ. DLC helps nearly 250 students ages 3- 21 and prides itself on turning almost no one away regardless of how disruptive their behavior may be. This is a school specifically for children, adolescents and young adults with autism and related learning abilities. Their focus is on developing the academic, social interaction, behavioral, communication, life and career skills of those on the autistic spectrum.
I was impressed with how the school focused on the strengths these children have instead of spending so many time trying to get them to fit into societal square pegs.

You can find recommendations for autism programs in your area by searching on The Autism Education Site.
Autism Society has a resource page on their site for protecting your autistic child's rights at school.