The Mind And A Leaky Gut 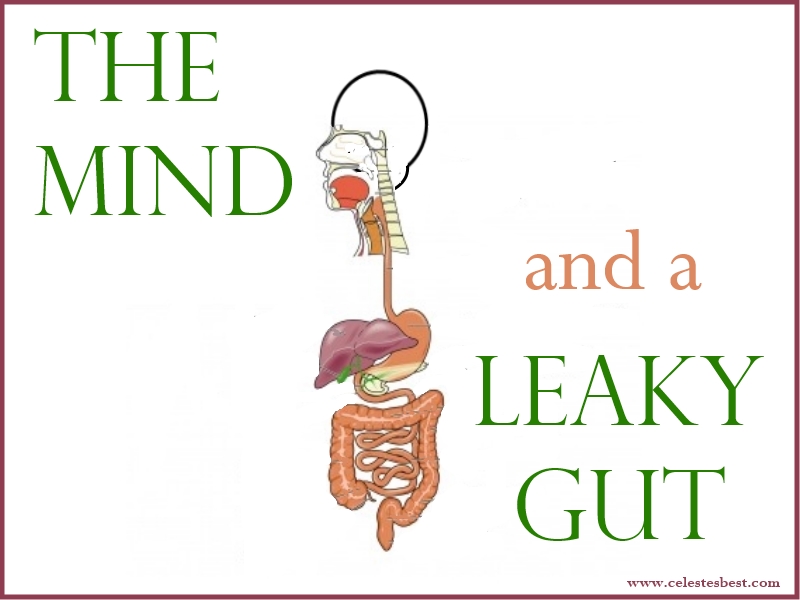 When my daughter Kelly was young, she had candida and a leaky gut. (I discuss this more on the "About Us" page.) Candida can make the intestines more permeable, in effect creating small holes for bacteria, food and toxins to pass through into the bloodstream and into the body. Because of this permeability, toxins are allowed to pass into the brain, and can result in symptoms such as “brain fog”, memory loss, confusion and depression as well as chemical intolerance.

Chemicals, Toxins And The Mind

During this time that Kelly had candida, she took part in a summer art camp. I had told her teacher about Kelly's sensitivities and thought I had been very specific about what Kelly could and couldn’t be around. I remember picking her up after tie-dying day and seeing her orange and blue stained hands and I thought, This is not going to be good. This is so not going to be good. Kelly was a mess for the next three days. An absolute, intolerable mess of raging emotions.
After that we had the bathroom tubs repainted, the fumes sent her over the edge. Most people thought we were making this up until they saw Kelly after the tub refinishing. Back then I didn’t know as much as I do now and never considered the possibility of there being such strong fumes from the renovation.

We moved and built our new home. We were concerned about Kelly and our goal was to try to make it as chemical free as possible. We choose wood floors for most of the house but at that time still wanted carpet in the bedrooms. We decided on wool carpeting.
We went to the carpet store and they sold both traditional carpeting and wool carpeting. That new carpet smell hit me as soon as I walked in the door. I was concerned about Kelly, but I thought we were only going to be there a short time, no problem, we’d be fine.
Not the case. I’ll never forget that drive home. Kelly’s demeanor and mood had completely changed. She became a different person. She was raging. And I mean absolutely raging mad. Saying all sorts of things that were so out of character for her. It has to make you wonder what kind of effect working in a carpet store must have on the employees day after day. I can only imagine it’s not good.
The same thing happened when we took Kelly to the place that made the bathroom countertops. We were only in there a few minutes when I realized the smell was too strong and immediately got her out of there.
Now these were dramatic examples of some of the things that happened to Kelly when she had a leaky gut. But what about the day to day normal every day exposure to things she must have been experiencing? How much does all that affect the mind? These poor kids and all they’re exposed to now.

Can We Protect Our Children?

Sometimes you’re so busy as a parent protecting your children from the things you can see – the predators, the street traffic, poisons under the sink, etc., that you don’t think about all the things you can’t see – the chemicals, the fumes, the pesticide residues left on foods. It’s certainly not easy being a parent these days that’s for sure.
Today, Kelly is celebrating her 19th birthday. And even though she's grown, I'm still concerned. (Do I put food dye in her frosting, just for this one day? I still worry how all this will affect her. I know I really need to invest in some natural food dyes or make my own so I can just enjoy these special days. Some great homemade food coloring ideas can be found here.)

Kelly wanted a truck cake this year. She also asked for a marble cake.
It's a new recipe I just developed. We topped it with vanilla frosting.
In a few years Kelly may be a parent and my mind is already thinking how am I going to keep those children safe. How?