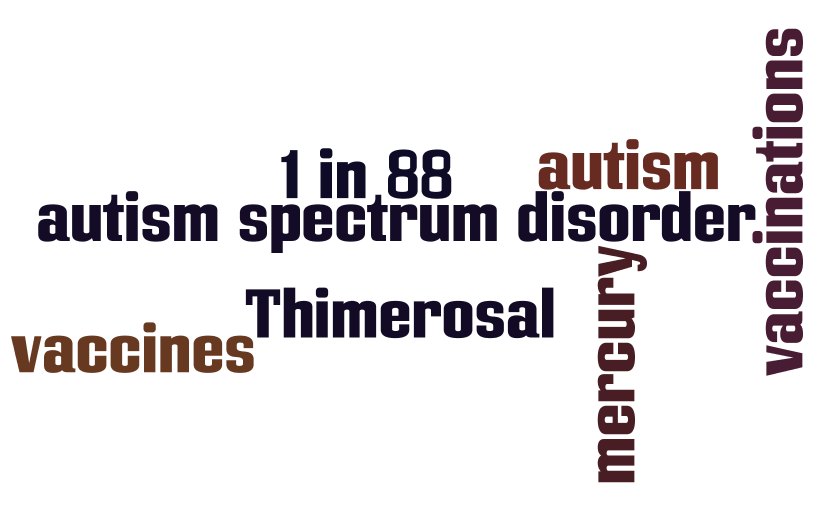 The Coalition for Mercury Free Drugs (CMFD) obtained documents through the Freedom of Information Act (FOIA) which show that Center Disease Control (CDC) officials were aware of Danish data indicating a connection between removing Thimerosal (49.55% mercury) from vaccines and a decline in autism rates.

Thank Goodness For The Freedom Of Information Act

Gosh, it's amazing the things that are coming to light since the FOIA! Is it so hard for any one to tell the truth anymore? What government agencies are we supposed to be able to trust? Are there any?

In 1992 Denmark removed Thimerosal, the mercury compound that is used as a preservative in many vaccines from all - all - their Danish vaccines. Following that a study on autism rates in Denmark was done in Pediatrics 2003 which they claimed autism rates had actually increased since the removal of Thimerosal. This study became the cornerstone study to show mercury was safe in vaccines and did not cause autism.
But in documents obtained through the FOIA from the CDC it shows that this study did not include large parts of information showing that autism rates actually decreased after Denmark removed the mercury from their vaccines.
Really? . . . they'd keep that information from us?
When autism rates have risen 78% in the last decade.

One coauthor, from Aarhus University, Denmark, was aware of the omission and alerted CDC officials in a 2002 email, stating:

"Attached I send you the short and long manuscript about Thimerosal and autism in Denmark … I need to tell you that the figures do not include the latest data from 2001 … but the incidence and prevalence are still decreasing in 2001" (emphasis added).

How is it possible that this information
has been known for the last 10 years
and is just coming to light now?
What other information will we find out in the days ahead?

Why Wouldn't They Want Us To Know That Mercury In Vaccines Is Linked To Autism?

The first reason is simple the government needs to deny any link between autism and vaccines. The amount of lawsuits that would come crashing in would bankrupt the government. Remember  under its Vaccine Injury Compensation Program (VICP) pharmaceutical companies can't be sued for vaccine related injuries - only the government can.
The VICP was created in 1988, through an agreement between the US government and pharmaceutical companies, to protect pharmaceutical companies from all law suits for damages caused by the vaccines. And instead parents who feel their children have been injured by vaccines must go through a bureaucratic maze of government red tape, where the chances of compensation are are best minimal.
And reason #2: Globally vaccine sales have vaulted from $8.9 billion in 2005 to $22.2 billion last year. Sorry but this fact kind of blows my mind. You'd think more and more people would be rethinking vaccinations but instead across the world the sales of vaccinations are increasing.

What Does This Tell Us?

I think sadly this shows the motives of the government and the lengths they're willing to go to keep people in the dark. You have to be your child's own advocate. Do the research yourself and come to your own conclusions. How high will the rate of autism have to climb before they admit the connection between the mercury in vaccines and autism? Isn't it already high enough?

Please see Dan Burton, Republican Representative, comments on C-Span: What happened to his grandchild. I was very thankful I saw it. It is the increased quantity of vaccinations being given to an infant in a short time span.