Autism's Connection To Vaccinations - The Big Gray Elephant In The Room 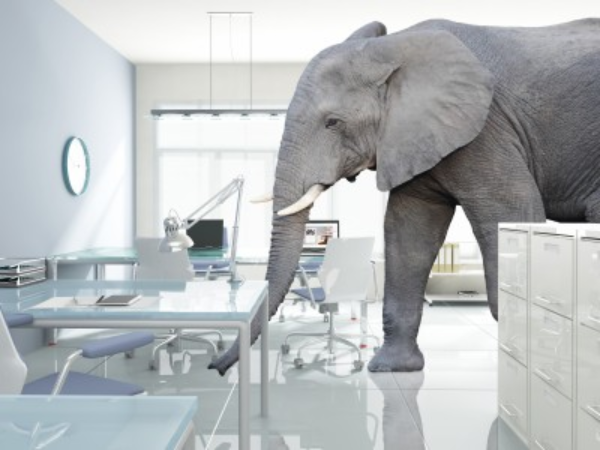 I was reading The Thinking Moms' Revolution: Autism Beyond the Spectrum last night. The book is beyond phenomenal, empowering and inspiring. I can’t even put into words all I’d like to say about the book, but I will write a more detailed review once I complete it.

But here I was, just finishing up the fourth chapter when a thought hit me. I’m sure I’m not the first one with this thought, but it made me realize how ridiculous and insane this all has gotten.

The Vaccinations – The Big Gray Elephant in the Room

What hit me was this thought - If it’s not the vaccinations, then why aren’t they testing, and testing them out the yin-yang to prove it’s not part of the reason autism rates are skyrocketing?
Do you get what I’m saying?
Instead, we're constantly being told it's not the vaccinations. It dawned on me that the very fact that they are running in the other direction away from any correlation between vaccinations and autism has got to make a person think.

Instead they’re trying to get people to think it has to be caused by other things. The latest one I read was about woman who had an abusive childhood – not meaning in any way to belittle woman who had an abusive parent, but really they’re spending money looking for a connection between autism and women who were abused as children. Beyond far-fetched. Suppose they could perform a study and come up with a link between woman who ate mustard on their hotdogs on their 16th birthday and autism, too, if they tried. Complete idiocy.

Let me say it again: Vaccinations are the thing they’re not testing.

It's the thing they're constantly trying to get people not to look at or associate with autism.

That, right there, speaks volumes.

But Doesn't the Government, the Doctors and Big Pharm Companies Always Do What's Best for Me?

If the government, medical establishment and pharmaceutical companies cared and wanted what's best for our children, would the autism rate keep rising?
No. Of course not. Absolutely not.
If everyone was searching for an answer, we’d have found it. Oh, that’s right, we already did, but that wasn’t the answer they wanted us to find.
Why?
Because it’s the truth that would absolutely bankrupt the government. Can you imagine how many people would be standing in line to sue the government? Thousands upon thousands. Remember, you can't sue the pharm companies - only the government.
So they’ll do anything to detour and distract your mind from the truth - vaccinations are in some way adding to the possibility of a child having autism and every child who is vaccinated is at risk.

Do the Right Thing

Do the right thing. That's what we been raised to do.  That’s why so many of us listened to the government and our doctors when they told us our children should be vaccinated. I listened. I did what I thought was the right thing at the time. After all, how could you possibly refuse a vaccination and leave your child at risk for some dreaded disease? Oh, I could just kick myself in the pants now for following along like a good little sheep. So not who I am now.
My daughter's 19. Growing up, we knew one person with autism. It wasn't until she was 12 that I knew of any correlation between autism and vaccinations.

If I had any more children now, I would not vaccinate them. My grandchildren will not be vaccinated. I already plan to stand guard at the hospital and watch over each and every child my daughter brings into this world. I'm tired of being manipulated and I'm tired of supporting a government who isn’t fighting for each and every one of all our children.

If You Still Think Vaccinations Are Safe - Read The Thinking Moms' Revolution!!

Every mother of a baby or toddler I see now I want to say – forget that, I want to go out on a rampage, jumping up and down and scream, read The Thinking Moms' Revolution and then decide if you still believe it’s in the best interest of your child for you to blatantly follow what others are telling you to do.
Look at the statistics. The real numbers. Not the ones they want you to see.
Don't be controlled by fear tactics, take time and think logically. Should you be injecting your child with who knows what?

It's Time to Stand Up for our Children

It’s time for a revolution. It's time for change. It's time, we as a united people, stepped up and really did the right thing.
Acknowledge what so many thinking moms and dads already know.
There is a connection between autism and vaccinations.
It’s that simple. No thinking person could refute it.